Find out about our extensive product range - suitable for almost all areas of application in the commercial, industrial and private sector.

In the study of naturally occurring molecules, macromolecules have been discovered that form cavities between reticular atomic and atomic group compounds. Since the structures of the so-called clathrates are lattice-shaped, they are also referred to as cage molecules. Holger Meyer came across this peculiarity at the beginning of the 70s when working with plant extracts, essential oils and other organic substances. He realized that there were unimagined possibilities and developed in years of intensive research work based on a special product for air purification, which is able to adsorb odors and pollutants.

The cage molecules, derived from organic matter, trap odor and pollutant molecules through the meshes of the mesh like a landing net and hold them inside without new chemical compounds forming. The odors are thus inactivated and carried away with the cage molecules by the air flow. After being knocked down, they are biodegraded by bacteria. Inhaled clathrates, due to their size, can not pass through the membranes of the alveoli and are exhaled again. The trapped odors and pollutants can no longer be harmful to health.

This principle is the basis of the Sinodeen® active ingredients. The active ingredients form highly effective aerosol filters and thus eliminate odors in the air on a biological basis simply, quickly and effectively. The Sinodeen® products are manufactured in liquid form and placed in the polluted room or ambient air by means of special evaporation, injection or spraying systems, where they can develop their full effect. The systems are user-friendly.

Sinodeen® is the air cleaner made from a combination of organic active ingredients. One component consists of vegetable clathrates that adsorb odors, the other component contains essential oils that spread a pleasant, soothing scent. Different scents are available. Sinodeen® is available as an air purifier with either immediate effect or long-term effect, the application is problem-specific.

Sinodeen® is the special and all-purpose cleaner, which not only cleans thoroughly, hygienically, removes streak-free, streak-free surface and environmental protection, but also adsorbs unpleasant odors. 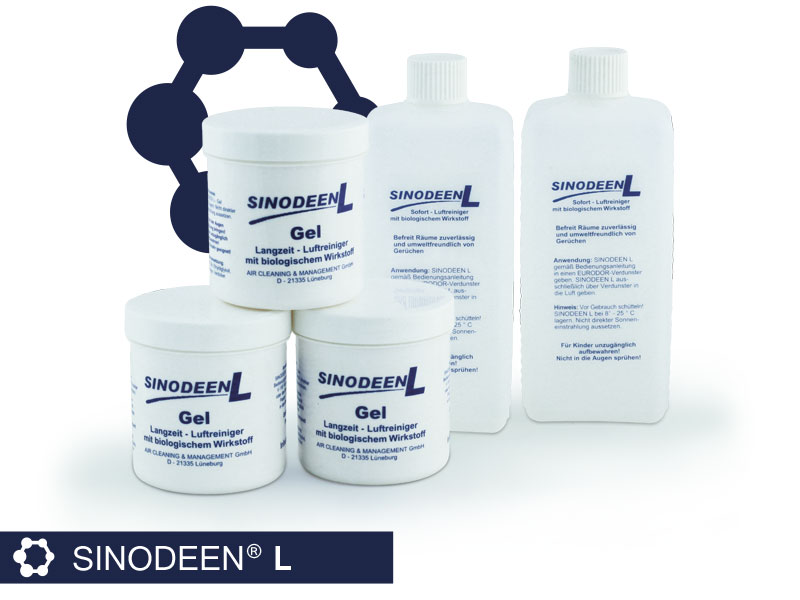 Sinodeen®L – The active ingredients are evaporated primarily in odorous closed rooms. Depending on the size of the rooms corresponding active evaporation devices are available.

Sinodeen®L Gel – For the active evaporation of the SINODEEN® L Gel, the SINOMAT V 150 evaporation unit is primarily used. Depending on the size of the room, the corresponding appliances are used in closed rooms with an odor load. 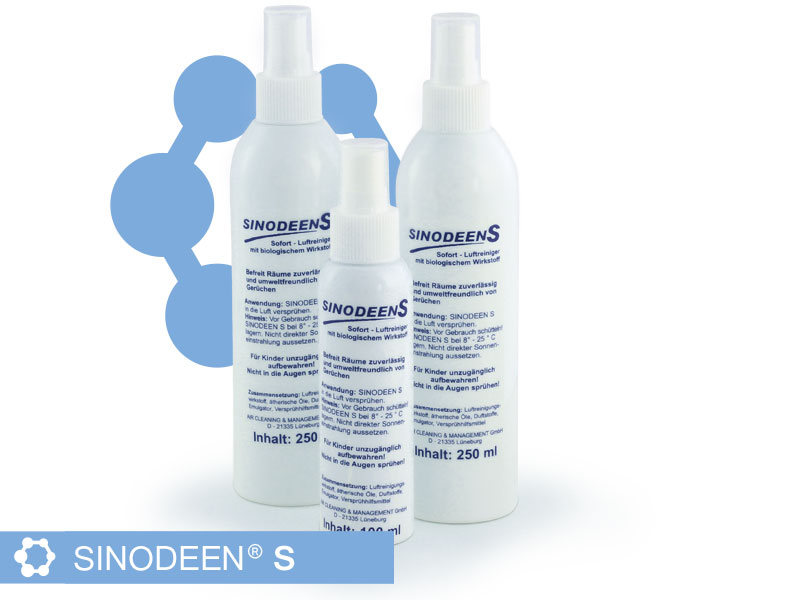 The active ingredients are sprayed mainly in closed rooms, which have a corresponding odor. These cause an immediate adsorption of all bad odors in the area of action. 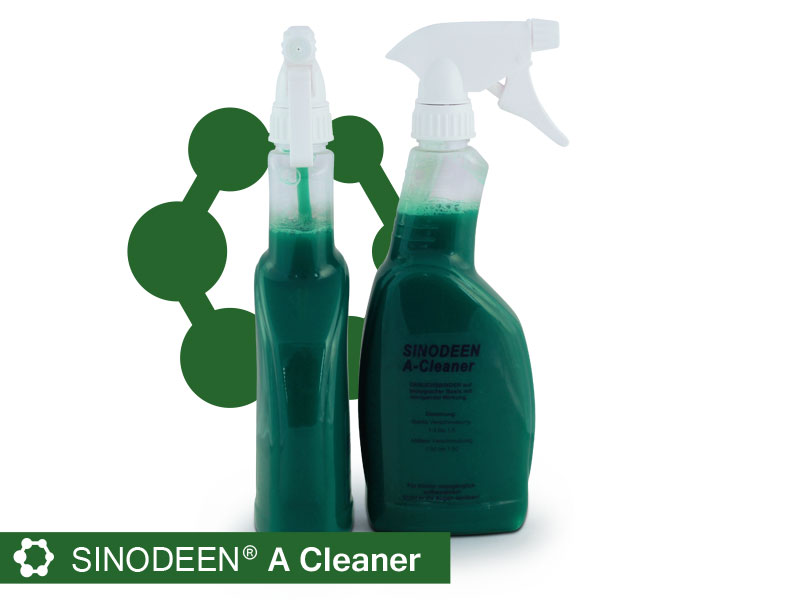